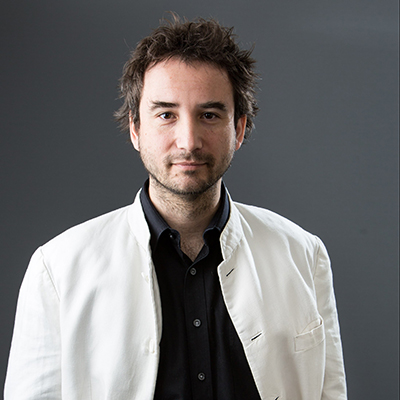 Mischa Dohler is now Chief Architect in Ericsson Inc. in Silicon Valley, US.

He was Professor in Wireless Communications at King’s College London, driving cross-disciplinary research and innovation in technology, sciences and arts. He is a Fellow of the IEEE, the Royal Academy of Engineering, the Royal Society of Arts (RSA), the Institution of Engineering and Technology (IET); and a Distinguished Member of Harvard Square Leaders Excellence. He is a serial entrepreneur with 5 companies; composer & pianist with 5 albums on Spotify/iTunes; and fluent in several languages. He sits on the Spectrum Advisory Board of Ofcom, and acts as policy advisor on issues related to digital, skills and education. He has had ample coverage by national and international press and media. He is featured on Amazon Prime.

He is a frequent keynote, panel and tutorial speaker, and has received numerous awards. He has pioneered several research fields, contributed to numerous wireless broadband, IoT/M2M and cyber security standards, holds a dozen patents, organized and chaired numerous conferences, was the Editor-in-Chief of two journals, has more than 300 highly-cited publications, and authored several books. He is a Top-1% Cited Scientist across all science fields globally.

He was Professor at King’s from 2013-2021, and the Director of the Centre for Telecommunications Research from 2014-2018. He is the Cofounder of the Smart Cities pioneering company Worldsensing, where he was the CTO from 2008-2014. He also worked as a Senior Researcher at Orange/France Telecom from 2005-2008.

Self-Synthesizing Networks & Sophisticated Metaverses: Will we trigger an AI Singularity in the 6G Era?

In this keynote, I will discuss the tight interplay of the future of telecom networks and AI. I will introduce the notion of Self-Synthesizing Networks (SSNs) – a concept recently covered by an ETSI Spotlight article “as a natural evolution of zero-touch self-organizing networks”. Powered by these performant 6G networks, I will dwell on a future which enables a variety of high-octane metaverses that allow machines to learn in a digitized physical environment. The emergence of both 6G Self-Synthesizing Networks and sophisticated Metaverses, as well as underpinning technologies like quantum and neuromorphic compute, are huge opportunities for the entire AI community but also pose serious threats to humanity at large. I will discuss these in detail, and hope for a vivid discussion after my keynote.